Home
Featured
Natal Brasil: Top 10 Reasons to Visit or Live In It 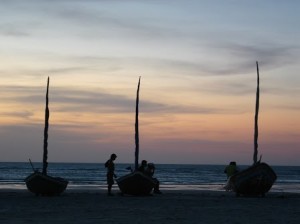 A few decades back, sildenafil Natal Brasil in Rio Grande do Norte did not have the huge popularity that it enjoys today. The favorite destinations then were Rio de Janeiro and Iguazu Falls. A lot of tourists still troop to these places but a number of people have been discouraged by the rising cost of air travel and accommodation packages, even if the cost of living is still quite reasonable.

Then Natal entered the picture as a new and rapidly-developing tourist destination. It suddenly became increasingly popular due to its more economical travel packages, much lower cost of living and vacation expenses, and flight that is shorter by four hours as compared to the other Brazilian destinations.

Natal has become a premier vacation spot for local visitors as well as tourists from all over the world. Others have even invested on properties in the city which they intend to make their home. Below are ten primary reasons why you must consider visiting or even residing in Natal Brasil.

Tourists and smart investors are keeping an eye on Natal as it is ranked one of the safest cities in Brazil. Personal safety is a primary concern for visitors and security policies set in place by the authorities is a positive move in Natal’s development. It draws in both foreigners and Brazilians to set up residence in the city. This proves that there is a growing demand for more residential properties in Natal.

Natal weather is stable with an average temperature of 27 C per annum. It is 5 degrees from the Equator and has sunny weather almost everyday of the year. What’s more, Natal is a part of Rio Grande do Norte which, according to NASA, has the cleanest breathable air in the Americas.

Owing to its sun-kissed Atlantic coastline with stunning beaches that seem to stretch on forever, Natal has established itself as a premier destination for both local and foreign tourists. This northeast part of Brazil is a tropical heaven for people who search for picturesque beaches, wonderful weather and laid back lifestyle steeped in rich history and culture.

Because of the continuing growth in tourism, a new airport capable of accommodating the new Airbus A-380 is being constructed in Natal. It has a great potential to be the largest airport in South America and eighth biggest in the world. Since it is designed to handle both passengers and cargo transport, it will positively influence the growth of Brazil’s tourist industry and international trade.

Property in Natal Brasil can be purchased at fraction of the price of those high-profile areas like Recife and Fortaleza. The high demand for nicely-located and excellent quality residential properties in Natal will guarantee investors of higher return of investment in the short to medium term.

Average flight time from the United States and Europe can take only about 6 ½ to 8 hours. Due to this, many tourists from North America, Canada, Argentina, United Kingdom, Germany, France, Italy Portugal, Spain, Norway, Finland, and even countries as far as Eastern Europe and Japan are continuously being drawn in to Natal.

The opportunity to host the FIFA World Cup in 2014 will improve Natal and Brazil’s reputation and will help boost the local economy. It will open new businesses, many job positions, and building of new infrastructures. This will leave a strong and lasting impact on the city long after the event is over.

Unlike other tourist destinations, the northeastern part of Brazil has almost zero occurrence of natural disasters such as earthquakes, floods, tsunamis, tropical storms and hurricanes.

If you are an investor with a nose for a good deal, then you can benefit from the excellent Natal property investment opportunity. Now is the time to take action when the demand is strong. Property value in this area can go up to 20% or over per year.

As more real estate opportunities arise in Brazil, there is no doubt that Natal is attracting more local and foreign investors as they see the growing value in certain investments in the city.

Whether you want to invest in the long-term or just stay for a short visit, you’ll discover that Natal Brasil’s natural beauty, relaxed atmosphere, investment opportunities, and hospitable people makes the city totally irresistible.