More and more local and foreign investors are considering real estate Natal Brazil as a very sound investment. Knowing some essential information about Natal will give you some understanding why there is a great boom in property investment in this city.

Natal is the state capital of Rio Grande do Norte in Brazil. This charming city is especially known for its marvellous tropical beaches,  laid back lifestyle and the amenities of a trendy metropolis. Natal has a calm and relaxing atmosphere yet it offers modern conveniences like stylish restaurants, shopping malls, hospitals, and trendy bars. With a population of less than a million, the city succeeds in blending modern living with a tranquil lifestyle in a seamless manner.

Natal’s 410-kilometer long shoreline is where its key attractions lie. It is a wondrous sight of the clear blue Atlantic Ocean kissing miles and miles of stunning, nearly isolated beaches. The scene is made even more enchanting by towering sand dunes, natural lagoons, swaying coconut palms, and beautiful seaside communities. The local government has contributed a lot in promoting tourism and Natal is no stranger to Brazilian visitors who have been coming for many years.

Foreign tourists “discovered” Natal in the late 1990’s and their numbers are rising rapidly owing to direct flights from numerous European countries. Due to the influx of local and foreign visitors, Natal prides itself with a sound tourism infrastructure and a number of first-class hotels.

Tourism has become a major industry in Natal and its coastal areas are attracting both private and commercial investors who are looking for property and real estate Natal Brazil.

The first foreign tourists to visit Natal came from Portugal, Spain, and Scandinavia. More tourists arrived after them to experience the exotic sight and wonderful climate that Natal has come to be known for. Some of them decided to stay for good. Not surprisingly, Natal is one of the cities in Brazil where many foreigners apply for permanent residency.

Even with the rapid growth of foreign tourism, local tourists from Brazil still outnumber the foreigners by 5 to 1. This will come as a great benefit for real estate Natal Brazil investors as the big local tourist market will get a stronger boost along with economic growth in Brazil.

The newly-constructed Ponte Newton Navarro Bridge that spans the Potengi River links Natal with the beaches on the city’s northern coast, providing tourists and locals easier access to the coastal attractions. In 2014, a new international airport will be opened in the Natal region which is set to be one of South America’s largest airports. It will have a positive influence the growth of the city’s tourist industry and international trade.

Natal has been chosen as one of the four north-eastern Brazil cities that will host the FIFA World Cup in 2014. One of the reasons it was chosen is because Natal has one of the highest number of hotel beds in Brazil’s north-eastern region. Because of the World Cup event, the Natal government will spend more than a billion reals to build new infrastructures that include a new stadium (Dunas Arena), administration center, new roads, shopping complexes, hotels, and tourist facilities. Hosting the World Cup in 2014 will definitely have a beneficial effect on Natal. One benefit is it will make investing on property and real estate Natal Brazil even more attractive.

Real Estate Natal Brazil That are For sale 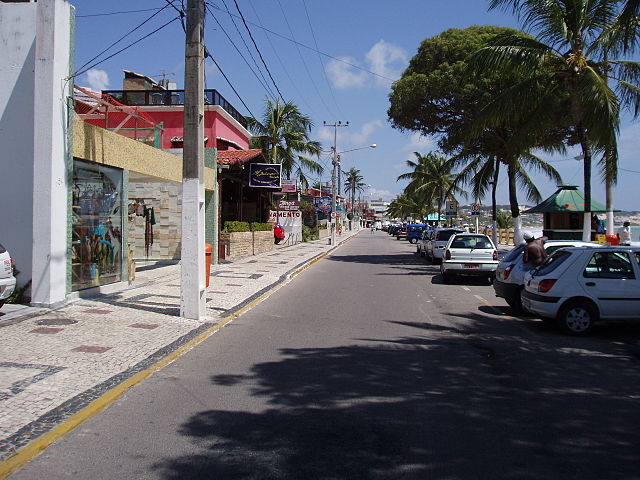 Natal has a lot of beach real estate and best-value properties on the market with highest forecasted returns for investors. Properties for sale include beachfront real estate, beachfront houses, beachland development and oceanfront properties in Natal as well as on the best coastal lands I Rio Grande do Norte which includes Ponta Negra, Praia do Pipa, Genipabu, Sao Miguel do Gostoso, , Jacuma, Maracajau, Caraubas, and Muriu.

There are also vacation rentals, hotels, apartments, commercial property, and farms for sale in and around the city of Natal. The real estate Natal Brazil for sale are typically apartments in tower blocks, particularly if the investor wants a property in or near the beach area. These coastline property developments can range from small to medium-sized condos, with properties for sale ranging from apartments to sprawling villas.

Properties and real estate Natal Brazil for sale along the coastline are low-rise projects due to the height restrictions of buildings. The Natal coastline has experienced an increase in property investment in recent years from property developers, and it will see more high-quality resorts and golf courses being constructed in the near future. One of the most popular coastal village in Natal is Pipa. This is a great example of a small fishing community that has turned into an internationally-renowned tourist destination.

If you are seriously interested in investing on real estate Natal Brazil, you can search online for reliable real estate agents that will help you choose the best property developments that are for sale in the city.