Que tal in Portuguese has a different meaning as in Spanish. Portuguese and Spanish are different and distinct languages,  each with their own unique traits and characteristics,  even though they have some similarities. The most obvious differences are in pronunciation. 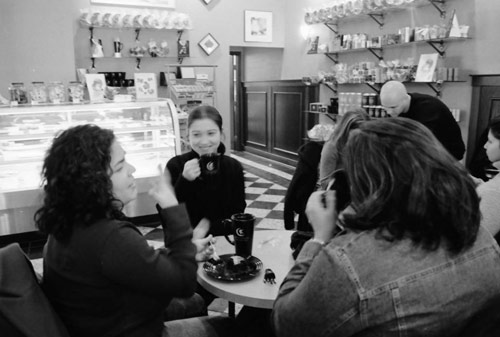 Image: Cafe House conversation “Que tal in Portuguese not the Same as in Spanish”

Just like British and American English have, there are some significant differences between Brazilian Portuguese and European Portuguese. Spanish and Portuguese share a great number of words that are spelled exactly  the same but their meanings are little or very different in their respective languages.

Que tal in Spanisch =  How do you do?

Que tal is a very small little expression that we can use in many different situations. What confuses people, who are learning Portuguese, is that the Spanish language also has exact same expression, but they use it as a Greeting (how are you? Or how do you do?). But in Portuguese it is not a greeting.

Que tal in Portuguese =  How about..?

We will learn now how the small little expression Que tal is used in Portuguese. First of all if it is not greetings as in Spanish, then what exactly Que tal means in Portuguese? Well the answer is Que tal in Portuguese means what you think about?; how about? (used to ask for an opinion about a suggestion). 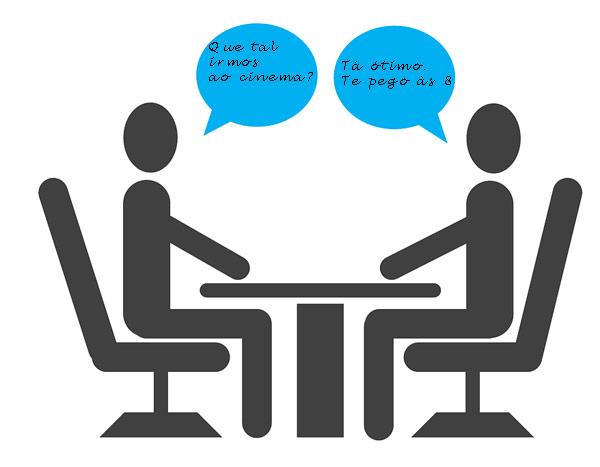 A small example is: “Que tal irmos ao movie? ?”    which in Portuguese means  “How about we go for a movie?”

Imagine a situation wherein Jack and Rose are planning to go for a cinema movie tonight. This is how they will converse:

Jack: What are you doing tonight?

Rose: How about we go to the cinema?

Jack: Sounds great. I will pick you up at 8.

=What do you want to eat?

When Rose was getting ready to meet Jack, she asked her sister:

= How about this dress? Do I look pretty?

To which her sister replies:

= you are looking very pretty

= what you want to do tomorrow?

= How about going swimming?