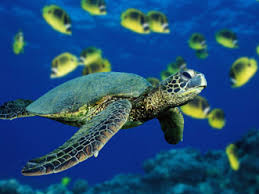 The archipelago of Fernando de Noronha is made up of 21 small islands with one big central island. It is 345 kilometers away from Natal, capital of Rio Grande do Norte, and 545 kilometers from Pernambuco’s capital, Recife.

The archipelago is a sanctuary for green sea turtles that lay their eggs there usually around December to July.

It is also a favorite area for young hawksbill turtles for resting, feeding, and development.

The beaches used by turtles for nesting require daily and nightly monitoring in certain major areas. Most nestings occur in Leão beach, while the rest occurs along the Sancho and Conceição beach areas. All in all, there are 100 nests on the average where about 8,900 green turtles are hatched each year. 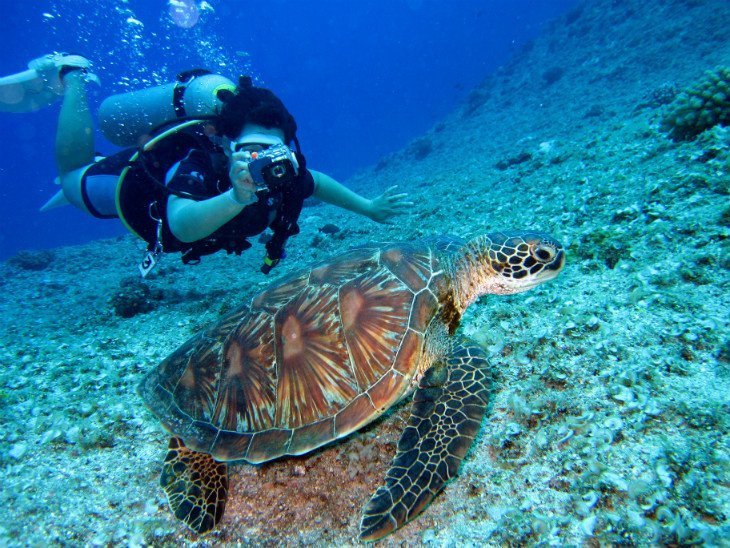 Brazil is home to 5 of the 7 species of green sea turtles in the world. Unfortunately, Brazil’s sea turtle population swiftly dropped as a result of hunting, illegal fishing, slaughtering, egg consumption, and improper use of the beaches.

Through widespread national and international appeal, Projeto TAMAR Fernando de Noronha (Portuguese term for TAMAR Project) was created for the protection and preservation of these marine creatures. Various stations were placed in 1,000 kilometers of beaches in key Brazilian states to carry out the project. 20 stations monitor the coastal areas where sea turtles feed and nest. 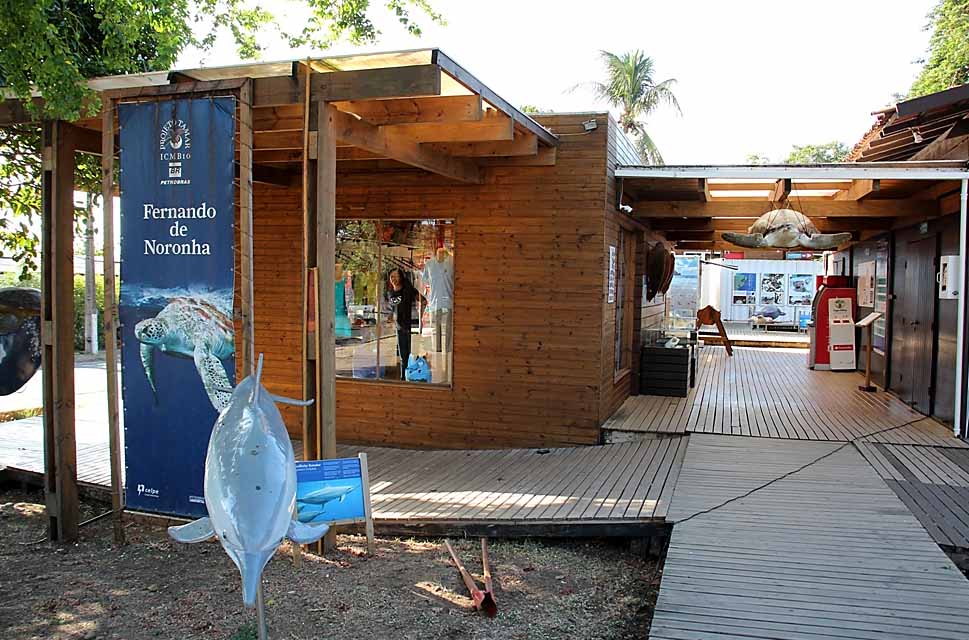 Projeto Tamar Fernando de Noronha is a non-profit organization in Brazil that was established by the Chico Mendes Institute for Biodiversity Conservation. TAMAR is an abbreviation of the Portuguese term Tartarugas Marinhas or Sea Turtles. The small metal tags that were used to identify individual sea turtles for observation and study have just enough space to accommodate a short inscription, hence the need to abbreviate the name to TAMAR.

Officially created in 1980, Projeto TAMAR’s initial activities were not focused on the sea turtle’s protection.

It was more centered on identifying the turtles, when and where they spawn, and the harmful effects brought about by illegal hunting. As protection and preservation took priority, TAMAR released the first images of a sea turtle spawning in Brazil.

The project approached various entities to seek support for their work. After being approached by oceanographers, Petrobras  studied the project’s goals and decided to support it by providing fuel for their vehicles.

As its name implies, the project’s principal objective is to protect sea turtles and prevent them from becoming extinct. TAMAR successfully released over 8 million sea turtles into the ocean by 2008.

While its primary objective is to exclusively protect sea turtles, Projeto TAMAR Fernando de Noronha has expanded its scope and has included sharks and other marine wildlife in its care, since they are also belong to the sea turtle’s environment. Each of the objectives of the project is aimed towards the preservation of wildlife, educate people about the environment, and create safe havens that are conducive to breeding and sustaining of the protected species.

One of Projeto TAMAR’s most important bases is located in Fernando de Noronha. Because of its excellent water conditions, it provides the best marine observation of the life and behavior of green sea turtles in their natural underwater habitat.

Projeto TAMAR was initially established to keep track of the sea turtle population in Brazil and ensure that they are well protected. Since 1984, the project closely monitors female sea turtles and their nesting environment, keeping track of their eggs’ locations, and making sure that they are protected from both natural and man-made threats that can endanger the growth of their population.

The Aruana or green sea turtles are mostly found in the Leao and Sancho beaches. During mating season in November, they can be seen swimming on the water’s surface, while during the rainy months of December to May, female turtles crawl on the beaches at night, lay their eggs, and bury them under the sand to incubate. An unforgettable attraction to behold is the hatching of baby turtles and their struggle towards the water for their first ocean swim.

One specie of sea turtles that is on the highly endangered list is the hawksbill turtle, much sought for their shells for making jewelry and ornamental items. These turtles are a special attraction in Fernando de Noronha and can be observed up close in their natural environment while diving.

The Brazilian Sea Turtle Conservation Project has so far been very successful in their goal to protect and increase the sea turtle population in Brazil. This center encourages tourists to visit so they can find out how the sea turtles are threatened and how the agency set up measures to protect them. If you visit during the hatching season, you will be treated to the sight of turtle hatchlings scrambling on the sand towards the ocean waters for the first time.

Projeto tamar Fernando de Noronha is now recognized throughout the world as one of the most successful marine conservation projects and it has served as a springboard for other countries to follow. Its existence has saved the lives of millions of turtles and other marine wildlife in the planet.

Projeto TAMAR has successfully created public awareness about the conservation of sea turtles and marine wildlife and how important they are to the planet’s eco-system. The agency has tagged more than a thousand sea turtles since its creation in 1980. The large number of tourists who visit Fernando de Noronha is a great opportunity to present environmental education and invite them to the Sea Turtle Open-Air Museum for an unforgettable experience.

Visitors of the Fernando de Noronha archipelago have signed up for adopt-a-sea-turtle program where they help raise much-needed cash to support the efforts of saving and conservation of sea turtles. Visitors in this fascinating island group are encourage to extend some financial aid to help ensure the continued growth in sea turtle population in Brazil and other parts of the world where Projeto TAMAR operates.