Natal Brazil lies on the Atlantic coast of the South American continent. This city is the capital of Rio Grande do Norte, a state located in the northeasternmost tip of Brazil. Natal is known for its sun-kissed beaches, nature areas, and famous historical sites. It is a popular destination for tourists who want to explore the beaches and other wonderful attractions that the state has to offer.

Before you can be familiar with Natal Brazil, you need to know a bit more about the state where it is located. The Portuguese term “Rio Grande do Norte” literally stands for “Great River of the North” and refers to the mouth of the Potengi River. With Natal as its largest city and capital, this northeastern Brazilian state carries a strategic importance due to its geographic location. 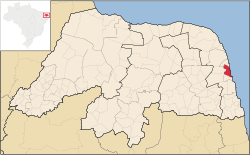 Rio Grande do Norte is bordered by coastline on its north and east side, and is known worldwide for its sand dunes and beaches. Its 254-mile (410 km) stretch of beautiful beaches, white sand, blue waters, lagoons and coconut trees account mainly for its beaches’ popularity. In a report by NASA, the state has the purest air in the Americas. It is second only to Antarctica for having the cleanest air in the world.

With the Atlantic Ocean to its east and north, Rio Grande do Norte is flanked in the west by the state of Ceará and the state of Paraíba in the south. As of December 1, 2012, the state carried an estimated population of 3,228,198, according to the Brazilian Institute of Geography and Statistics (IBGE). 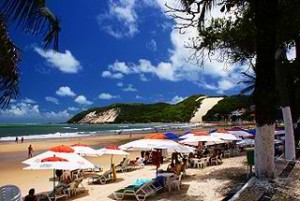 Natal was named so because it was founded on December 25, 1599. “Natal” is the Portuguese word for Christmas. The city is also known as “Cidade do Sol” which literally means City of the Sun, or, more aptly, Sunshine City. Natal is also sometimes referred to as “London of the Northeast”. One of its most famous landmarks is the Forte dos Reis Magos which was constructed on January 6, 1598.

Every year, over two million tourists flock to Natal Brazil and its world-famous

Things to do in Natal Brazil

The city of Natal is perched 30 meters above sea level, with a land area that measures 170 square kilometres. As of IBGE’s 2012 report, Natal had 950,820 people residing permanently in the city. This means it carries over one-fourth of the state’s total population. Residents of the Greater Natal (metropolitan) area numbered up to about 1,363,547 on that year.

Natal Brazil consists of four separate districts that differ in economic levels and demography. However, they are all crucial in making the city one of the most visited tourist spots in South America. 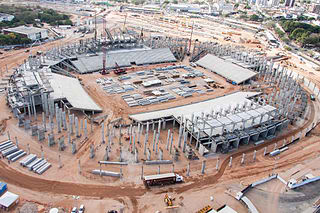 Natal was one of the 12 cities selected to host games of the FIFA World Cup, with Brazil as the host country. The Dunas Arena was completely reconstructed, on the site where the demolished Machadão Stadium used to stand. The city is also constructing the new Greater Natal International Airport which is claimed to be the largest air terminal in Latin America when finished. David Beckham has revealed his plans to put up the Beckham World of Sport football academy in Natal to fall with the FIFA World Cup.

Natal’s Portal to the World 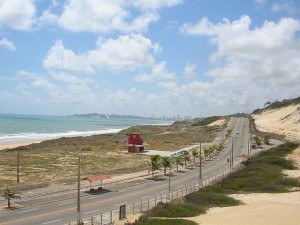 In spite of all its breathtaking coastline and beaches, the tourism industry in Rio Grande do Norte only got its start in the 1980’s with Natal’s construction of the Via Costeira. This 10-kilometer stretch of road provides fast and easy to the city’s top hotels, beaches and dining places. With the road serving as the city’s portal to the world, the Brazilian government has since then invested much on infrastructure, tourist facilities, natural and historical sites, as well as attractions in Natal Brazil.