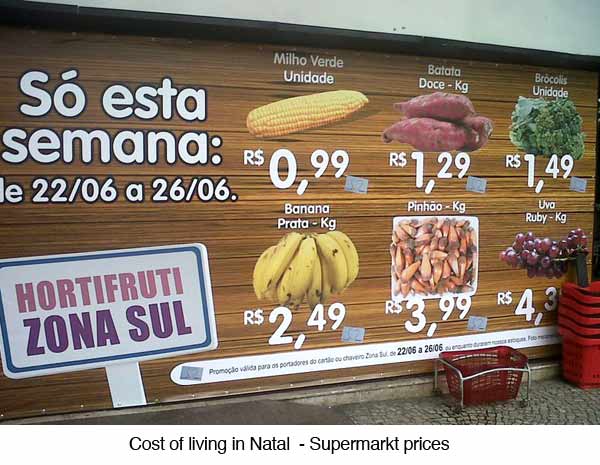 If you have ever thought of leaving the stressful bustle of urban life and settle to a more pleasant and laid back lifestyle, then you must consider living or retiring in Natal, Brazil. One of the best reasons to do so is the affordable Brazil cost of living.

Natal is the capital city of the state of Rio Grande do Norte which is found in the north-eastern part of the country. It has sunshine and nice weather all year-round and is just eight hours from Europe by plane.

With a population of just over a million people, the city is more manageable, guaranteeing a more tranquil and less stressful living than Rio de Janeiro or Sao Paolo. 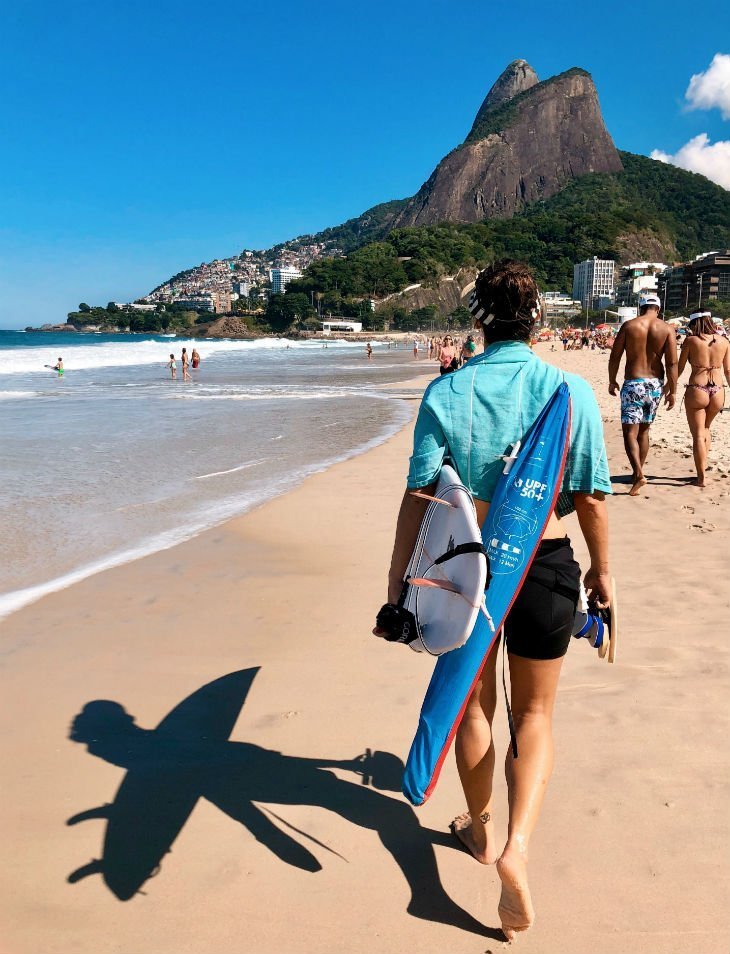 The low Brazil cost of living makes it virtually free of violent crimes. In fact, Natal has been named one of the safest city in the country, if not the safest, by the Institute of Applied Economic Research of Brazil.

Many visitors have claimed that you can go around during the day without the fear of being robbed or mugged.

As in any country, night time always require extra caution and common sense when you travel around. As can be expected, the rise in tourist attendance in the city each year can heighten the risk of crime, so be alert and don’t be too overconfident.

While Natal has become urbanized in some areas to accommodate and provide conveniences for foreign tourists, many parts of the city and the neighboring countryside still remain unspoiled by progress. This indicates that that there are still a lot pristine scenery and exotic beaches for everyone to enjoy.

Putting its booming tourism industry aside, Natal has economic potential that is only partially tapped, particularly its oil and fishing industry as well as its enormous wind energy production. These economic prospects have been drawing the attention of many foreign investors and international services providers. As for real estate in the Natal area, there are still many affordable properties for sale, many of which will bring you breath-taking vistas of the sea and beachfront locations.

Brazil Cost of Living – How Far Can You Spend?

Who says Brazil is not cheap anymore? Natal Brazil cost of living is a lot lower than in more developed countries which means your money can get even more mileage here.

The country’s favorable exchange rate will enable you, either as an investor or as a resident, to purchase more with your money.

For people who consider buying an apartment in Brazil, the prices of property are much lower than anywhere in the country and you’ll still have money to spare for moving and home improvements. If you are concerned about the dollar versus real question, as of 2019, 1 US Dollar is currently equivalent to 3,85 Brazilian Real ( BRL ). Check the most current US$ versus Brazilian Real ( BRL ) exchange rate here. Considering that most items are cheaper in this city, your dollar can buy you more than twice than in in the United States.

The Truth about Natal Brazil Cost of Living

Here’s an example of Brazilian living cost that hits closer to home. You need at the very least R$2,500 a month or R$30,000 a year to live with some degree of comfort in Natal. The Brazil cost of living figures may appear high but remember that they are in Brazilian real and not in US dollars.

The average Brazilian family’s expenses at the supermarket is more or less R$1000 a month for their cesta básica or their “basic basket “which means about four shopping carts of food and household items. Renting an apartment in the suburb can set you back by about R$500 to R$1000 a month to R$1,500 to over R$30,000 for a high class apartment or condominium.

To be considered affluent in Brazil means you have to be making about 1 million to 1 billion reals a year. The upper middle class earns from R$180,000 to R$1 million annually. The middle class makes around R$18,000 to R$180,000 a year while those in the low income bracket earn a yearly income that is below R$18,000.

Be sure to note, however, that the purchasing capacity of the low wage earners is not as terrible as you think. Minimum wage earners with local salaries of about R$18,000 a year can fill 2 to 3 shopping carts a month, pay for apartment rent and even own a car. For more information about currency exchange rates, see Banco Central do Brasil

For those who think that Brazil is a nation of favelas or slums, you need to think again. Only 6% of Brazilians dwell in slums, and even if they do, the affordable Brazil cost of living allow them to have enough money to purchase electronic appliances. Everyone owns a television, 70% have DVD players, half of them have washing machine and about 12% own a desktop or laptop computer. A number of them own a motorcycle or a car. And these are just the slum dwellers.

From these Brazil cost of living figures, you can compare your current annual salary to determine if you can measure up to the cost of living in Natal. Most likely, you’ll find that your income will allow you to live quite comfortably as long as you keep unnecessary and frivolous expenses within control.