Home
Things to Do
Dining
Ginga com Tapioca – What Makes It So Popular? 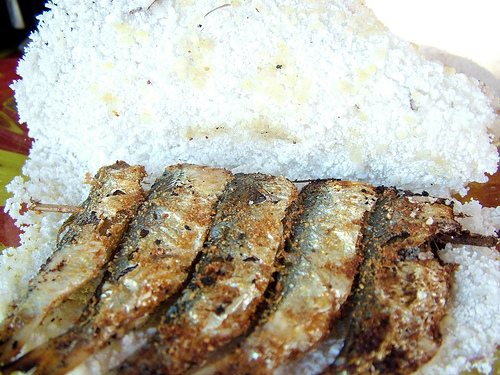 One of the nicest things to discover while you are spending a relaxing day at Natal beach is that the food kiosk has fried small fishes on the menu and it’s being served on the beach. While this small fishes are delicious served whole breaded and fried, served with fresh lime wedges, a bottle of hot sauce, with lots of salt, they are best known served inside Brazilian tapioca in a recipe known as ginga com tapioca. Wash this meal down with an ice cold bottle of beer and you’ll swear that no food is more delicious and more matched for the beach.

The fish for this dish may sometimes be of the small variety that can be eaten whole, with heads, tails, and bones. The larger fish varieties are cleaned and served without the head. They are, however, always eaten with bones and tails, those tasty crunchy parts which are missing in big fishes.

The most common fish variety used in ginga com tapioca is known as manjuba in the Portuguese language, and manjubinha for the smaller varieties. Manjuba is known in the English tem as broadband anchovy, named for the broad horizontal band on its sides that extend from its head to its tail. It is known in scientific circles as is Anchoviella lepidentostole. Its natural habitat is along the South Atlantic Ocean’s western coast in South America, extending from Brazil’s state of Paraná to the south to Venezuela.

The manjuba lives in large groups in shallow waters close to the shore and is easy to catch. Because of this, you can expect to buy a plate of fried broadband anchovies at the beach bar at quite a low price. The average price of a plate of fried manjuba is just around R$3 or about US$1.80 per serving.

You will probably be wondering by now, “how does it taste?” Let me describe it this way. There is a place in Natal where this brazil-style food ginga com tapioca is so popular that you have to wait in a long line on a weekend to buy a plate. The place is Redinha, an old fishing community to the north of Natal.

Redinha’s key tourist attractions include the Church of Our Lady of Navigators which was constructed with stones taken from the reefs, the very tall Newton Navarro Bridge, Natal Aquarium and, of course, the old Public Market. The Public Market has been known to serve the best ginga com tapioca. Their recipe is manjuba that is well-fried in hot oil and served breaded and crunchy on a stick inside a Brazilian-style tapioca. Many tourist prefer this Brazilian food with cold beer. If you want to avoid the thick crowd, it’s best to visit Redinha’s Public Market on a week day.

At the beach area, many kiosks at Praia da Redinha serve a variety of fish and shrimp dishes, carne de sol, macaxeira, broths (caldos) and ginga com tapioca. If you like your fish real fresh, it cannot get any fresher than buying it directly from the fishermen who are selling their catch on the beach. Whichever way you prefer, this delicacy which is typical from the northeast of Brazil will always have you wanting for more.

In Brazil, tapioca is a type of pancake made from a mixture of manioc (cassava) starch and water. Salt is added to this mixture which is then passed through a sieve. It is spread in a thin layer over a heated frying pan.

The starch begins to set because of the heat until it later becomes a crispy pancake. While ginga com tapioca is a crowd favorite, other delicious toppings are available as well, such as the traditional combination of grated coconut and coalho cheese. Other equally tasty variations include goiabada, bananas, and sliced dried meat. The tapioca is then folded over the selected topping and served hot.

Like many other food recipes that use cassava starch, tapioca is a culinary legacy handed down from Brazilian Indians and is a staple dish in the northeastern regions of Brazil.

How Ginga com Tapioca is Prepared

Preparing this very popular food from Natal is not so difficult since it requires only a few ingredients. To make ginga com tapioca, the cook skewers five or six pieces of breaded small ginga (manjuba) and fries them in hot oil until they turn brown and crispy. They are then folded inside crunchy Brazilian-style tapioca. If you prefer, the tapioca and fish can be served separately.

You have to shed off some of your squeamishness to enjoy ginga com tapioca. It is traditionally served with fish heads, tails and bones, and that is the way it is eaten. The fried fishes are usually served inside the tapioca complete with the skewers. You need to first hold the tapioca down, gently pull out the skewers, and be prepared to enjoy a delicious, if messy, finger food with your cold beer. 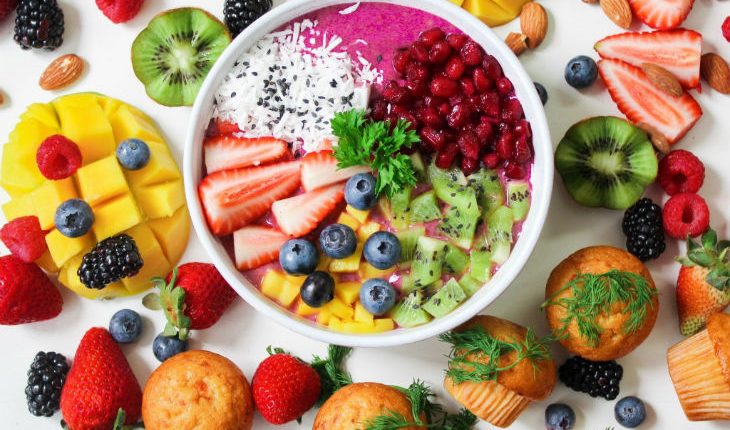