Home
Attractions
Carnival in Natal and other Festival Events

If you are somewhat new to the Carnival in  Natal Brazil carnaval culture, then this short information will provide you with fast facts and tips about the festivals and celebrations held in Natal during the carnival season.

The Natal Brazil Carnival is very different from those held in other Brazilian cities which thousands of people attend. Natal Carnival, in comparison, is quieter and somewhat subdued. Although attempts are made by the local government to beef up the Carnival de Natal festivities to attract tourist attention, it still can’t compare to the pomp and pageantry of those in other cities in Brazil.

It isn’t really a bad thing for Natal as the city isn’t actually known for holding a huge carnival. While it is known to tourists for its great beachfront attractions, its carnival is more restrained and has a smaller crowd. If you have very little idea of what Brazil carnaval culture is all about, then a Natal Carnival is your ideal entry point.

The Carnival de Natal is held is late February or early March. It is a celebration marked by eating, drinking, dancing, and having a generally good time. In bigger cities, this will mean the temporary closure of main thoroughfares that can create traffic problems. That’s not the case in Natal. Since its carnival is smaller, the celebration is held on the beaches to avert congestion and crowd concentration within the city.

Although smaller, Natal Carnival has a lot of things in common with the larger Brazilian carnivals. It has costume parties, cultural performances, lavish food and drinks, various ethnic dances, and live bands. There is a Carnival day just for children which is held during the day. Carnival for adults usually start after sundown and can go on until way past midnight. 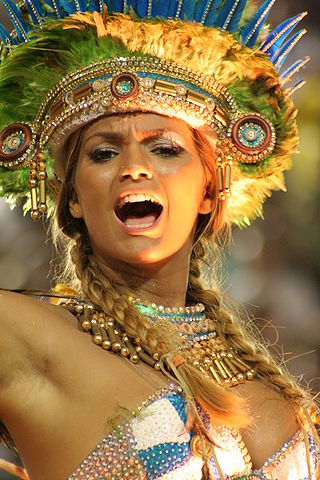 One of the popular Brazil Carnaval attraction is the Trio Electrico. These large trucks each carry a particular band who play music and incite onlookers to party as they pass through the streets. People will have to pay cash in order to wear the band’s shirt that will allow them to dance aboard the truck. Although Natal doesn’t have a similarly extravagant setup, they do use some trucks during the Carnival to play rock and reggae music as they drive through the streets.

In a laid back version of a Rio de Janeiro Carnival celebration, several respectable samba schools in Natal put on their own show during the parade. The performances start at around 8 at night and go on until about 2 in the morning, three nights every week. Several samba schools will perform every night, after which one winner will be chosen at the Carnival’s end.

Carnival de Natal is much safer than the big popular ones, especially if you’re new to the carnival scene. Furthermore, Natal Carnival doesn’t require cash to watch and participate in. If you don’t like the loud and rowdy Brazil Carnaval scene that can keep you up all night, then the Natal Carnival is just right for you. It provides just the right amount of fun and excitement without ruining the rest of your vacation.

Festa Junina, known as Midsummer Day in some European countries, is a Portuguese feast day dedicated to St. John. Introduced in the northeastern region of Brazil on the 24th of June centuries ago, it is one of the oldest and most-awaited festivals of the year in Natal. Unlike the Europeans that hold their celebration during the summer solstice, the Brazilian festival takes place during the winter solstice.

Festa Junina traditionally starts after June 12 and is celebrated until June 29. During this period, there is much fireworks, bonfire and street dancing. What was once an exclusively rural festival is now a large urban celebration where revellers dress up in costumes and impersonate peasant clichés and stereotypes all in the spirit of good fun. Spectacular display of fireworks and cultural dancing, as well as native dishes, are abundant. So is heavy drinking, singing and noisemaking. Like the Midsummer Day in Europe, Festa Junina is always characterized by numerous bonfires all over the city. 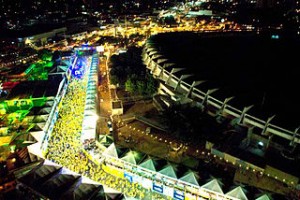 While Natal Brazil Carnaval is small and restrained in Natal, Carnatal is the largest off-season Carnival or “micareta” in the city. It is held every year in December in Natal, Rio Grande do Norte. Carnatal, like other micaretas, differ from the samba dance school performances in the streets of Rio.

The micareta’s central attraction is a large truck similar to the Trio Electrico. These trucks are wired for sound and has a live band performing on board. A large crowd of singing and dancing people follow the trucks through the streets. To be allowed to follow a truck, you must purchase admittance from one of the several sponsors or “blocos”. These sponsors hire the performing bands, sell tickets and manages those that are allowed access.

If you plan to attend any of these celebrations, be sure to book your accommodation in advance as hotels in Natal fill up quickly during Brazil Carnaval season.