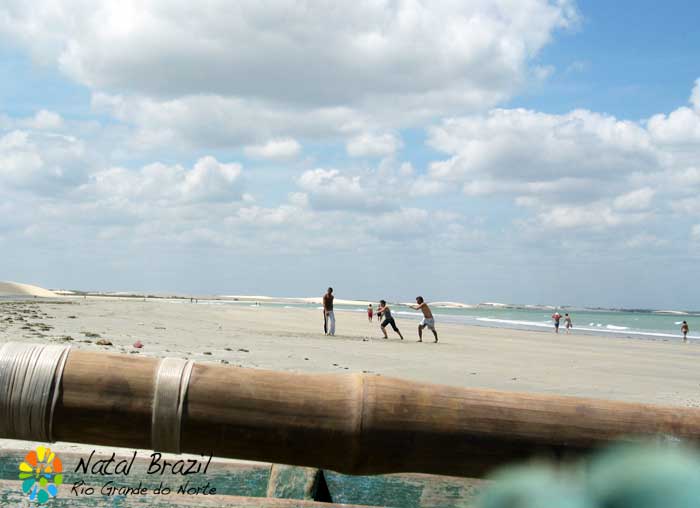 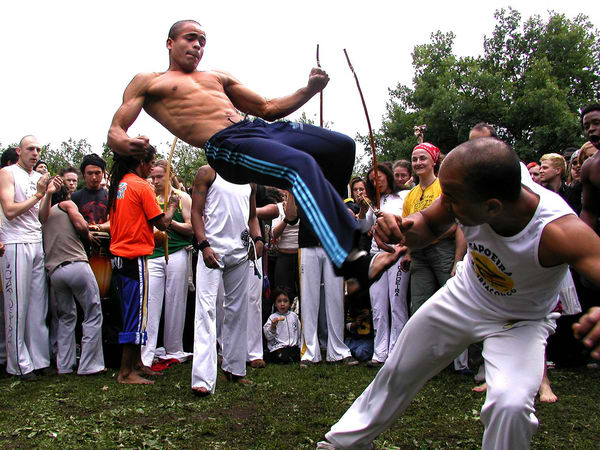 Natal, the capital city of the state of Rio Grande do Norte, has its own Afro-Brazilian population with their unique styles of dance. The most popular of these styles are the Samba and Capoeira dance.

Music and dance is a natural part of Brazil and its people. Just like music,  dance is deeply embedded in the heart and soul of Brazilian culture. Almost every music you will hear in Brazil has a kind of dance that goes with it.

In recent years, this Afro-Brazilian styles of dance has been used not only as a cultural expression but as a form of exercise as well. Schools have been established to teach the music and movements involved in this dance form. They are found all over Brazil and in other parts of the world.

Capoeira is an artful blend of dance, sport and martial art which is widely practiced in the country, particularly in Natal and other cities in northeastern Brazil. There are several groups who practice Capoeira in Natal. You’ll usually see them performing on the beach or other tourist spots, as well as zas-tras that occasionally feature Capoeira exhibitions.

During Brazil’s colonial period when Africans were brought in for slavery, fighting among the slaves were not uncommon. They were often caught by slave owners and both offenders were severely punished, much to the dismay of the slaves who considered it unfair to both parties.

To escape punishment, the slaves thought of a way to mask the actual fight by cleverly simulating movements of dance. The Capoeira dance was born.

Instead of appearing like regular fistfighting, outsiders perceive Capoeira movements as a form of dance. In reality, however, it was a serious fight between two opponents. The rules include:

Cartwheels and handstands are integrated into the fighting movements. There is even musical accompaniment to the fights to make it appear more like dance.

Because of the strict prohibition of fighting between slaves, the practice of Capoeira flourished but it was disguised as a harmless recreational dance form. In the 17th century, runaway slaves established territories called “quilombos” where the art of the capoeirista was refined and perfected. However, the secret fighting art remained secret even after slavery was abolished in 1888.

The Brazilians are not the only ones who practice the Capoeira dance. Since the 1970’s, Capoeira experts moved to other countries and began to teach the art. People around the world today practice this Brazilian art for exercise and self defense.

Every year, many tourists and martial arts aficionados go to Natal and other Brazilian cities to witness and learn Capoeira. Non-Brazilian students strive to learn the Portuguese language to understand and be totally immersed in the art. More and more Capoeira masters establish their own schools in other countries to earn a better income.

In many places around the world today, you will find Capoeira performed more as a dance form than a martial art. The fighting aspect is constantly present but remains disguised, and can mislead non-practitioners. Deception is ever present and capoeira experts can disguise an attack as an innocent dance movement.

This sport can be played anywhere, even on the streets. Most Capoeira dance movements are put into play except for punches and elbow strikes unless the game gets extremely competitive. The game, however, does not emphasize hitting or disabling an opponent, but focuses more on skill.

Historically, the Capoeira dance was initially designed as a fighting art for a person who is outnumbered or at a disadvantage. The constant rocking and swinging motion employed by Capoeiristas makes them a difficult to hit target.

Defense in Capoeira uses evasive principles, which means an attack is avoided through evasion and without the use of arm blocks or parrying. Passive defense techniques also use less energy and they also tend to diffuse the energy behind the opponent’s attack.

The handstands, cartwheels and other acrobatic movements involved in a Capoeira dance allow the player to quickly avoid a takedown or recover from loss of balance. The rolling movement also enables the player to gain a more advantageous and powerful position and make the opponent more open to attack. It is this seamless blending of defense, attack and constant mobility that gives Capoeira its smooth movements and dance-like maneuverings.

Capoeira Dance as a Cultural Heritage

The art of Capoeira has become an iconic symbol of Brazilian culture, ethnic fusion and fight against persecution. The Capoeira dance, a cultural heritage handed down from colonial slaves as a deceptive form of fighting, is now a source of pride for the country and people of Brazil.