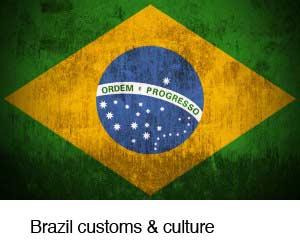 If you are an American or English tourist who has just arrived in Natal Brazil for the first time,  you may find some Brazil customs quite unusual. You will notice that when Brazilians converse,  they stand very close to each other, touch each other lightly and engage in long eye contacts. This is normal behavior for them, so don’t mistake it as sexually suggestive or flirtatious.

There may be many other Brazil customs and etiquettes that you can find here, but they are merely cultural variances since Brazil is a land of multiple racial ancestry and its people have inherited a lot of unusual traditions.

Here are a few Brazil customs that you will find in almost everyday situations.

(You Can’t Touch This) Brazil Customs in Handling Food

Most Americans will eat anything using their hands and never give it the slightest thought. They don’t worry about germs because they wash their hands a lot especially before eating.

Unlike Americans, Brazilians won’t eat their food with their hands. Per Brazil customs, they will eat what is termed as finger foods by holding it with a napkin or food wrapper. Sandwiches are also eaten in such a manner that their fingers don’t touch their food. They will even eat pizza using a knife and fork.

You may eat all you want with your hands knowing that they are clean and germ-free, but in the eyes of Brazilians this can be offensive and disgusting.

If you feel like burping in front of some Brazilians after a big meal, then you better think twice. Don’t ever think that allowing stomach gas to come out of your mouth is acceptable. If you burp, you’ll get dagger looks from every Brazilian in the place. Some may even approach you and say “falta do educação” which means you are badly educated.

Their disgust in touching their food and burping in public is somewhat out of place since they wouldn’t have second thoughts about hocking up phlegm and spitting just about anywhere.

Can I Have Your Attention? ( Brazil customs )

People in another country will whistle to catch someone’s attention. Not in Brazil. The informal way of getting attention here is by making a hissing sound – pissssiew! or psssst! much like the sound you make when calling a cat. Both Brazilian men and women practice this. They do not consider this manner of calling attention as impolite or rude but it can get very irritating if you are not used to it.

Bill Me In Advance

Ask for your bill early when you dine out in Brazil. You may wait for quite some time if you decide to ask for it after your meal. If you intend to stay for only a short time, then you must get your bill well ahead of time. If you ask for your bill just when you’re about to leave, you might end up waiting for half an hour more. 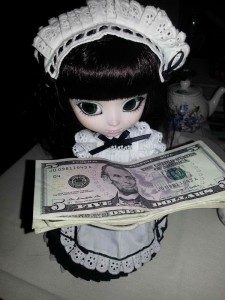 In the United States, it is customary to leave 15 to 20 percent of your total bill as tip. It is not include, however, if you less than six people in your party.  Brazil customs are different, a compulsory 10 percent tip is included in the bill and you are not required to leave more than that. Leave a bigger tip and you’ll be an instant celebrity.

If you feel generous and want to leave a bigger tip, give it directly to the person you want to tip. Leaving that extra amount of money on the table won’t ensure that it will reach the intended recipient. You are not expected to leave a bigger tip so just pay what’s on your bill and you’re good to go.

You’re Welcome to Blow Your Horn

In most countries of the world, blowing of the car horn is done for certain driving purposes only. In Brazil, it can mean anything and everything. The locals use it as a means of communicating their intentions or ideas in a contextual way. They can use it to greet another driver “hello” or convey that they want to pass. Horn blowing can also mean “thanks”, “don’t hog the road”, “ola, good-looking”, “your driving is @#*! bad” or simply “yeah, I have a horn like everyone else.” It can mean just about anything. With or without reason, just blow your car horn and you’ll be more than welcome.

Forming a circle with your thumb and forefinger is a universally accepted hand signal that something is correct or OK. It is something that will not get you in trouble. Brazil customs are different, unfortunately, this gesture does not carry the same meaning in Natal Brazil. In fact, it has a bad connotation and leaves a bad taste around here. Don’t use this type of hand signal or the locals may ridicule you or, worse, get offended. Play it safe and use the thumbs up gesture instead.